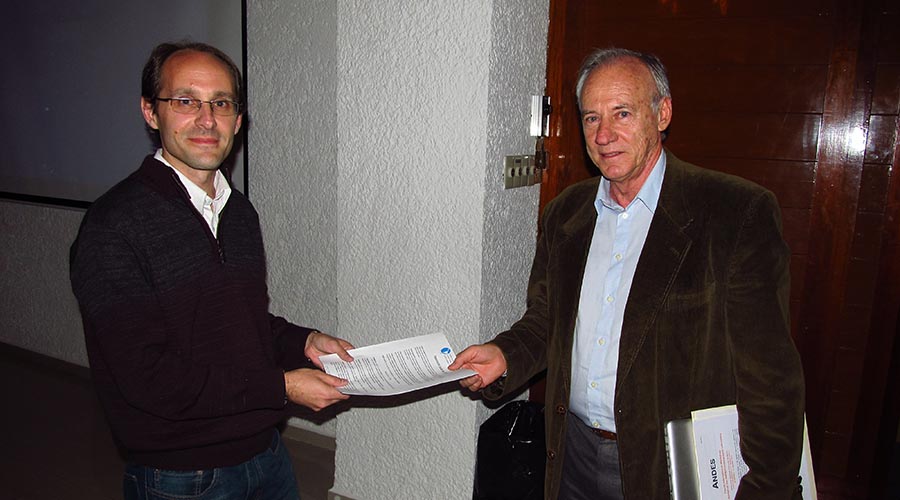 The ANDES unit in CLAF was created during the 4th workshop in Mexico.

The 4th ANDES workshop in Mexico ended with the creation of the ANDES unit as part of the Latin American Center for Physics (CLAF), under resolution 1/2014 of the CLAF, in order to work towards the construction of a unique underground laboratory of the southern hemisphere.

The ANDES unit is the fifth unit created by CLAF. It is formed by representative of CLAF countries participating to the ANDES initiative. On the signature day, these were Argentina, Brazil, Chile and Mexico.

The CLAF resolution can be consulted in pdf (in spanish).